I’m curious, what does curiosity have to do with success on Social Media? 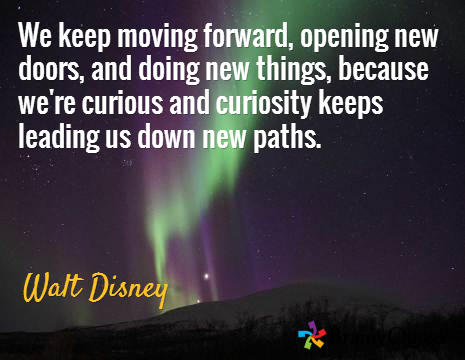 Curiosity is, according to Wikipedia, “a quality related to inquisitive thinking such as exploration, investigation, and learning, evident by observation in human and many animal species.”

OK, LOL, what the heck does that mean?

Here is my definition of curiosity:

Curiosity is when you don’t know something about someone or something, but want to do something to learn.

I know…I am staring to sound like one of those Direct TV Commercials. Anyway…

When you become good at something, two things happen:

Also, when you are constantly learning, you are not charging forth as a loud mouth arrogant expert. You are humbled by your own curiosity. When you are humbled, you take your time to get to know, explore and discover.

Everything I just rambled on about are absolute essential ingredients to the pursuit of success on social media, and your entire marketing strategy in general.

Who is this Article Written For?

This article is written for: 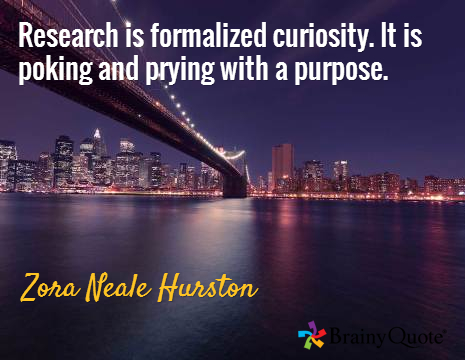 Curiosity is the essential ingredient to success on Social Media because curiosity is a conversation starter.

Conversations, if they are good, attract more conversations. Sooner rather than later, you have a following and engagement that positively impacts your success on and off social media.

But curiosity, by its nature is a scary thing. Why?

Because to be curious is to be aware that you don’t know.

There appears to be, in my mind, a great fear of letting people think you don’t know something. Or that you are not smart enough to figure it out. The result?

You keep your curiosity to yourself, and step through life with this false image of expertise. What’s worse is that you close the doors to conversations with really cool people about really cool things, that could help you create a really cool world for yourself.

First, if you don’t believe me that curiosity is rarely expressed due to a fear of looking like a dope, listen to or read this interview by Richard Saul Wurman.

Now, full disclosure, I don’t know much about Richard Saul Wurman, other than that he is the dude that created the TED conference. Just from that one piece of evidence, I will conclude that he knows what he is talking about.

My only point in mentioning him, is that he makes a very compelling presentation of why we are afraid to express our curiosity. I think we have all been in a situation where we have no clue, but are afraid to admit it. Or we are afraid to ask questions for clarity of a subject we think we are suppose to understand.

But what about actual success on Social Media? Why would I think curiosity is so important?

Well, as I always say, we can learn as much from who the expert are and how they function, as we can from what the preach. Martin Shervington is a pretty well known Google+ expert, and I might add, a fairly successful Google Plusser.

What makes Martin so successful? Could it be the fact that he is not afraid to unleash his own curiosity?

Using Google Plus as an example, what advice do guys like Martin give us? What do they tell us to do in order to be successful? Here are just three articles written by Martin:

“The psychology of Engaging on Google+”

“The psychology of Connecting on Google+”

“The psychology of Relating on Google+”

Is it safe to make the assumption that there is a lot of psychology involved in having success on at least Google+?

Let’s take a step back though. Who the hell cares about engagement? Well, if you don’t, then you don’t belong on any social network.

Engagement is the key to having a successful social media experience, business or personal. You can’t just dump and expect people to follow you.

You can go back and read Martin’s articles on your own. Actually, read his entire website if you want to master Google+ or any other social network, because his advice applies to them all.

OR, just consider this story as a way of understanding the true power of being curious.

You are at a party. Someone you don’t know walks over to you, while you are trying to relax with your 4th glass of single malt scotch. There is an active conversation buzzing throughout your mini little “circle” and it’s all about the politics of a recent law change.

Now, there you are, drinking your scotch, minding your own business, when this halfwit walks over to your “circle” and proclaims, without asking you about your opinion, that the Republicans rule and Obama is a jackass.

OK…not getting into the political debate here, I am just trying to make my point.

I was that dude. And it was me drinking my scotch and wanting NO part of the conversation. The result, she aggravated me, and I sent her away with a simple proclamation…”You are a buffoon”.

How could it have gone down better for the halfwit? Easy. All she had to do was walk up to me and ASK, “Hey Vin, where do you stand on this subject?”  Had she done that, first, she would have learned something about where I stood, and more importantly, my desire to have the conversation, Second, she would have approached me in a way that might have actually encouraged my engagement!

What did she lack? Curiosity?

Let’s look at curiosity from a few angles to determine why it is so critical.

The Power of a Question 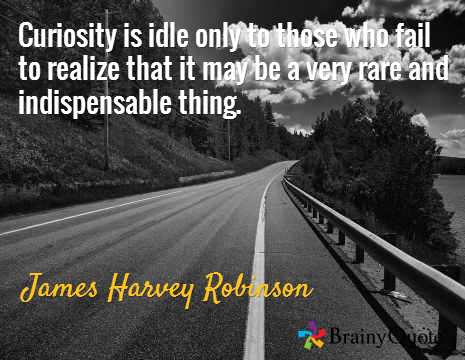 Questions are great for a ton of reasons. But from a social media engagement point of view, it demonstrates that you are sincerely interested in learning, growing and engaging. You are not making a statement. You are asking a question. You are admitting that you don’t know. You are presenting your humble self.

Who among us doesn’t prefer a humble questioner to a know it all jack ass?

No one likes you when you come hard charging into their “circles” with a statement of how awesome you are. Unless you are Kung Fu Panda, I suggest taking a much less blunt approach.

What do I mean? I mean, stop, take a breadth, seek first to understand, then to be understood, and do so by asking questions.

“Hey nice to meet you. What do you do for work?” is WAYYYYY better than “Hey, its nice for you to meet me. Let me tell you what I do for work.”

I can’t take the time to research and reference the great thinkers of our time on earth. But I would only point out that none of them would argue that being boastful works very well when you are in the beginning of a relationship.

There is a natural eb and flow of a relationship with someone that typically starts with you being more interested in learning about them they you are in making them see how cool you are. 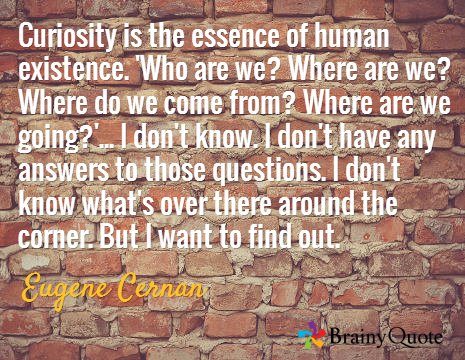 Which leads me to my third point. Questions derived from an expression of your natural curiosity make the conversation about “them” not about “you”.

Curiosity, when expressed appropriately, is a natural way to get the conversation started about something you don’t know or someone you don’t know.

Even when you say “Hey, help me understand something” you are creating a conversation that allows the other person to shine. You are indirectly asking them to give you something more about them. You are taking the spotlight off you, and putting it directly on the person you are trying to talk to.

Here is an example from my own travels on the primary social network I use, Google+.

In this example, I asked a question, originally, on my own page about the challenges of marketing for lawyers. I asked a very sincere question.

The question got picked up by Stephen Hovnanian who then invited a few attorneys to the table. One was Anthony Castelli.

Anthony thinking highly enough about the question actually RE posted it to his profile, and asked a few experts to weigh in.

The resulting conversation gave me more insight into the world of legal marketing than I could have gotten by reading a book on the subject. PLUS, I made a few connections and added to my following and personal engagement with some really remarkable people.

The Power of Unleashed Curiosity Throughout History

Tips – Unleash the Power of Your Own Curiosity

Really Cool Page About Children and Curioisty that Applies to Us

CURIOSITY: THE SECRET TO YOUR SUCCESS

The Power of Curiosity

Vincent Messina
My work experience includes everything from advising businesses as a CPA, selling big business software for companies like Peoplesoft and Oracle and now, starting, running and growing a small professional services firm.
Related Articles
How Are You Measuring the Effectiveness of Your Dental Marketing?
7 Ways To Enhance Your Small Business Video Marketing Strategy
Restaurant Goers Love SMS Software Alerts